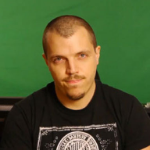 In 1984, Yuri Alexandrovich Bezmenov gave an interview to G. Edward Griffin. In the interview, Bezmenov explained the methods used by the KGB for the gradual subversion of the political system of the United States

"The main emphasis of the KGB is not in the area of intelligence at all. Only about 15% of time, money, and manpower is spent on espionage and such. The other 85% is a slow process which we call either ideological subversion or active measures... or psychological warfare."

Yuri Alexandrovich Bezmenov was a Soviet journalist for RIA Novosti and a former PGU KGB informant who defected to Canada.
After being assigned to a station in India, Bezmenov eventually grew to love the people and the culture of India, but at the same time, he began to resent the KGB-sanctioned oppression of intellectuals who dissented from Moscow's policies. He decided to defect to the West.
-wikipedia
Du musst eingeloggt sein um Videos zu kommentieren
Antworten